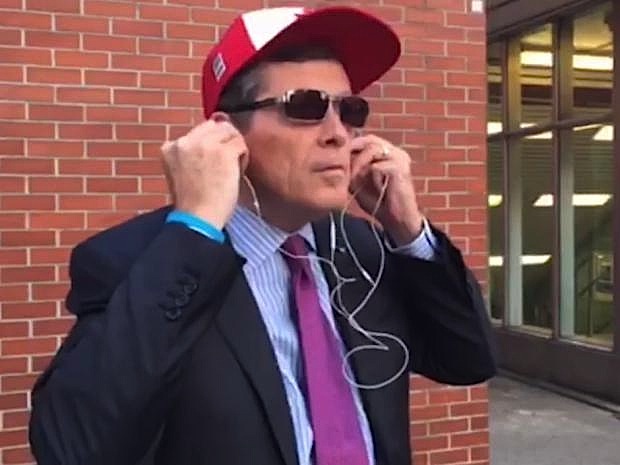 Is the Mayor of Toronto visiting your community? Call the John Tory Tip Line!

Last week, a homeless man died after an overwhelmed drop-in was not even able to offer him a mat on the floor. The place was so crowded that nine others could not be taken in that night.

Toronto’s shelter system is bursting at the seams and homeless people and their allies having been telling that to Mayor John Tory for months. He was warned that the level of overcrowding was life threatening and urged to open up the federal armouries to take the pressure off the system. He failed to act and a human life was lost. The lives of many others are at risk.

Despite this grim situation, the Mayor is still not taking the emergency action that is needed. Last weekend, we held a memorial for the man who died at Tory’s luxury condo. He didn’t like that much and he wasn’t supposed to. We want to increase the pressure and force him to open space.

We intend to confront John Tory as he goes about his round of Mayoral events, cutting ribbons and kissing babies. If he is coming to your community or you learn of a function he will be attending, please call OCAP at (416) 925-6939 or email us at ocap@tao.ca

Thanks for any and all tips and information.

Memorial for Another Life Lost to Shelter Overcrowding

After months of ignoring the alarm bells raised by homeless people and their allies, and on the same night that Mayor John Tory pushed through a further 2.6% cut to the shelter system, a deadly tragedy people fought so hard to prevent was unfolding on the streets. On Wednesday night, as City Council passed a budget that further gutted a system already bursting at the seams, a 28 year old indigenous man was trying to get into a warming centre in Kensington Market. He was told the centre was, yet again, full and that he could only be placed on a waiting list. Denied even the most basic shelter from the elements, he died a few hours later in what may have been a fentanyl overdose. We know, however, that this young man, whose identity is not being revealed at this time, died because he had been driven out onto the streets because of official negligence and by the City’s utter disregard for the lives of the homeless.

One homeless person dies in Toronto every ten days. Yet, the City continues to under-fund and under-resource shelters and boards up thousand of public housing units. It refuses to meet occupancy targets that allow homeless people even the most basic assurance of survival. In a city with sky-high rents and declining social assistance rates, the misery of the poor and homeless is not a surprise but has been willfully created and must be ended.

On Sunday, we will gather in front of John Tory’s $2.4 million luxury condo to remember the man whose life was taken so cruelly and needlessly. Our tribute to him will take the form, though, of fighting for the living and demanding that no one else be allowed to perish through the kind of the shameful neglect that caused this death. Please bring flowers, candles and other symbols of respect and mourning. We will lay them where they deserve to be laid, at John Tory’s doorstep.

80 people have died in the last two years as a direct result of homelessness in Toronto. That’s one homeless person dying every 10 days. In 1985, people fighting homelessness started keeping track of these senseless, and entirely preventable deaths. Since that time, they’ve recorded over 800 deaths—lives sacrificed in service of a perverse economic logic that demands ever more cuts from the destitute and grants ever more comforts to the rich. Talk to anyone who has used the City’s emergency shelter system, or anyone who works with people using shelters, and a grim picture emerges of chronic overcrowding, bug infested dormitories, the recurrent spread of contagious diseases, and the perpetual lack of sufficient beds.

END_OF_DOCUMENT_TOKEN_TO_BE_REPLACED

From the Members of the Ontario Coalition Against Poverty: February 1, 2017

We have learned that, in the lead up to the austerity Budget that you and your co-thinkers on the City Council are working on, you will be speaking at the pro-business C.D. Howe Institute on February 9. We intend to be there as well to deliver a clear message.

Toronto is a City of huge wealth. There are whole neighbourhoods of very rich people and banking and corporate interests are headquartered here. Yet, the revenue that could be obtained from the properties of such people is scandalously disregarded. Now, you embark on a course that will cut vital services across the board.

In the face of your impending attack, we demand:

The unprecedented austerity measures you are imposing on communities in this City make a farce of your claim function in an ‘inclusive’ fashion. You are conducting a war on the poor that is harsh and brutal and we intend to give a lead on the 9th in terms of building resistance to your attacks.

The Ontario Coalition Against Poverty (OCAP)

No Cuts to Shelters & Housing

On February 9, John Tory will be speaking at the C.D Howe Institute, a right-wing think-tank dedicated to the needs of the rich. He will be assuring Toronto’s wealthy that the budget he has in store for 2017 will benefit them.

We don’t doubt it will be, and we know full well what it will do to the poor and working class people of this city. Built within his austerity budget is a devastating cut to the already failing Shelter, Support and Housing administration. This in a context where homeless shelters are bursting at the seams, rents are sky high, it takes more than 10 years to get public housing, and rooming houses are being sold off to greedy developers.

Tory won’t stop until we make him.

On February 9, join us to make sure Budget 2017 isn’t a death sentence for people on the streets, and a push onto the streets for the thousands of other desperately holding onto housing with their fingernails. #FightToWin 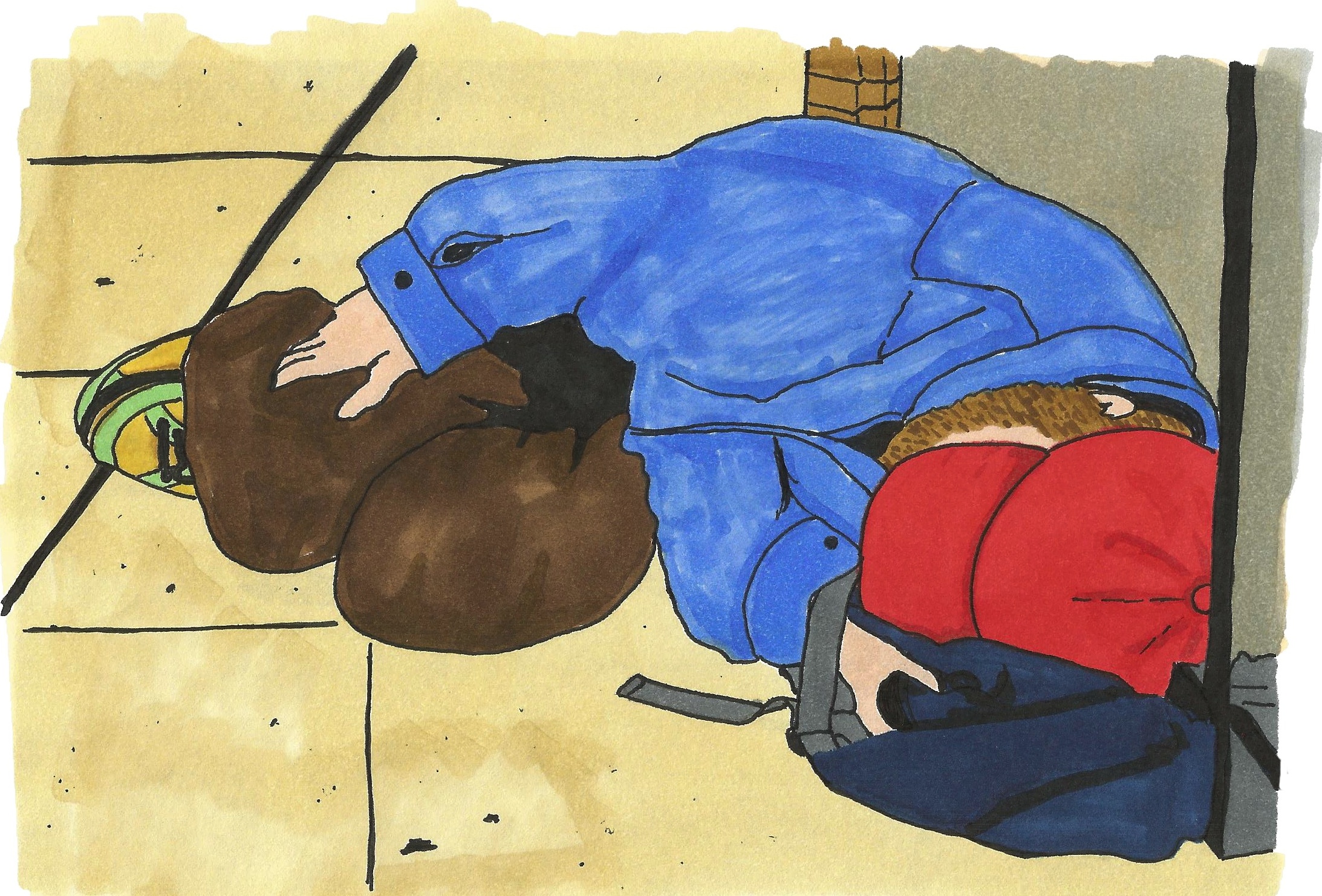 Toronto’s homeless shelter system is bursting at the seams. This is a city that drips with wealth yet abandons homeless people to die on the streets or face conditions of brutal overcrowding that denies them basic dignity and jeopardizes their health.

All summer long homeless shelters have been packed, and now as we head into winter, there is real risk that even survival spaces like the Warming Centres and Out of the Cold facilities won’t be able to handle the overflow.

The City must stop cutting shelter beds in the central core, and open new space now if are to avoid tragedies this winter.

Join us for a rally & march to make sure the City opens desperately needed shelter space now.

Bursting at the Seams: Released

The full video is also now online, please share it far and wide and join us in the streets to demand the City stop cutting shelter beds and open desperately needed new spaces.

The book reveals the long and too often forgotten history of poor people’s resistance. It details how the homeless, the unemployed, and the destitute have struggled to survive and secure food and shelter in the wake of the many panics, downturns, recessions, and depressions that punctuate the years from the 1830s to the present. It is about men, women, and children relegated to lives of desperation by an uncaring system, and how they have refused to be defeated. In that refusal, and in winning better conditions for themselves, Toronto’s poor create the possibility of a new kind of society, one ordered not by acquisition and individual advance, but by appreciations of collective rights and responsibilities.

Written by a historian of the working-class and an anti-poverty activist, this rebellious history links past and present in an almost two-hundred year story of struggle and resistance, inspiring a sense of what can be accomplished when poor people fight to win.